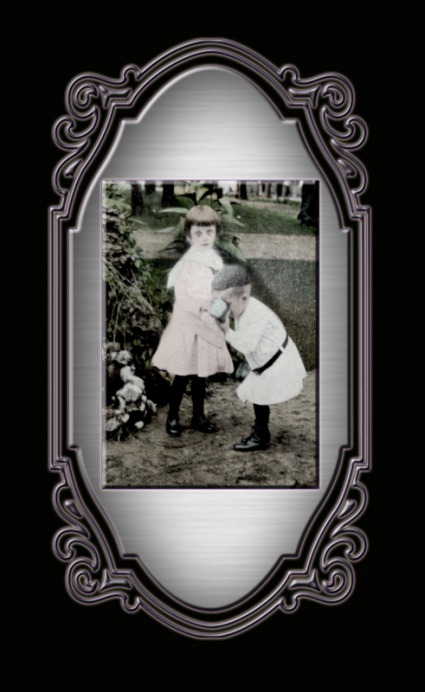 The Novel The Lost Chloe digs behind the public faces of Nelle Cooper and William H. Bruning. The truth their smiles hide? An attempted murder, a charge of rape and incest, the deaths of more than 1030 people, and one secret illegitimate daughter named Chloe Ellen Cooper.


The Lost Chloe chronicles the mysteries behind the haunted red mansion called Merbrink in Winona Lake, Indiana around the turn of the century.  Neighbors  watched the rich William H. Bruning court the beautiful Nelle Cooper by building her this spectacular summer cottage. But the house was boarded up and empty except for the frequent appearances of a ghost named Miss Phebe.  The story became so well-known that a reporter came down from Chicago and wrote a full page story about it in 1916 for The Chicago American Newspaper.