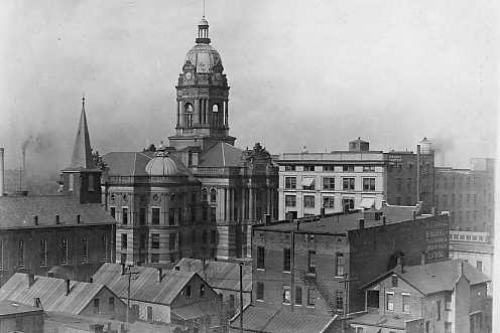 Left: The company's warehouse and offices were located at 1st and Vine downtown and would have included this view of the Evansville courthouse circa 1900

Nelle's connection to Evansville was... 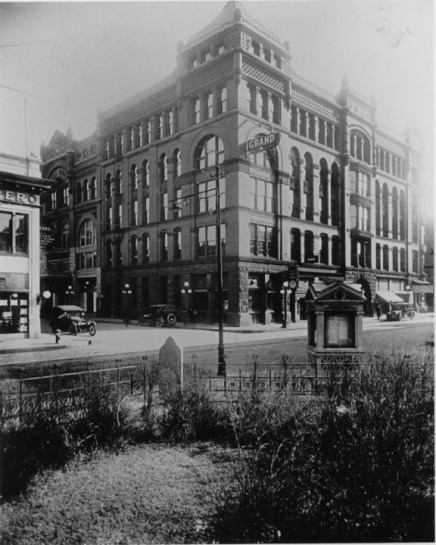 ... twofold. The first would have been her stint as an actress playing at the Grand Theatre.  This probably explains why after her death in 1925, William lived next door in the Vendome Hotel until he died in 1930.

Her second connection was her father who was the Superintendent of Schools of Evansville for several years.  Her mother ran a boarding house and William rented a room there.  The family thought William and Nelle met through this connection, but they had actually met earlier in Madison when Nelle's acting troupe played the opening week of the Madison Opera House.

The most vital part of the business was the Ohio River transport.

William and Nelle owned another house besides Merbrink 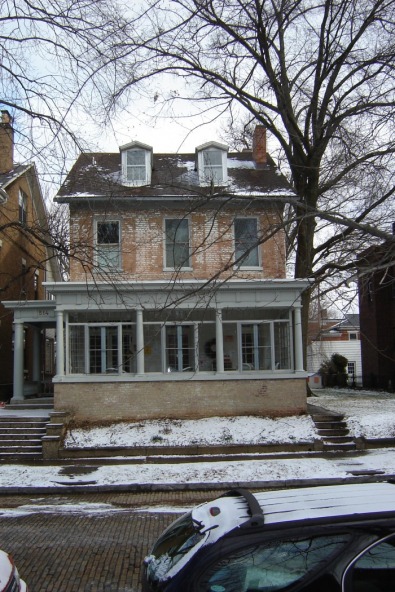 Left: After they married in 1920, they moved into this house originally 816 South First street (addresses have changed since then).  They lived here during the winters until her death in 1925 when William moved into the Vendome Hotel. 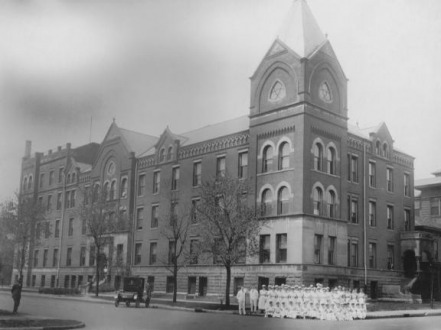 ... The Deaconess Hospital in 1930.  He kept his promise not to give away his daughter Chloe to his embittered sister Clara still in Chicago with Copeland.  His obituary mentions Clara arriving to accompany his body to the family burial plot in Madison as his will requested.  However, she never bothered to get him a gravestone or engrave his name above Nelle's on the family monument in the Springdale Cemetery.

Note: Many of these pictures and more can be found in the Willard Library photography gallery online.  Click here to peruse their wonderful offerings and perhaps catch a glimpse of their ghost - the grey lady.